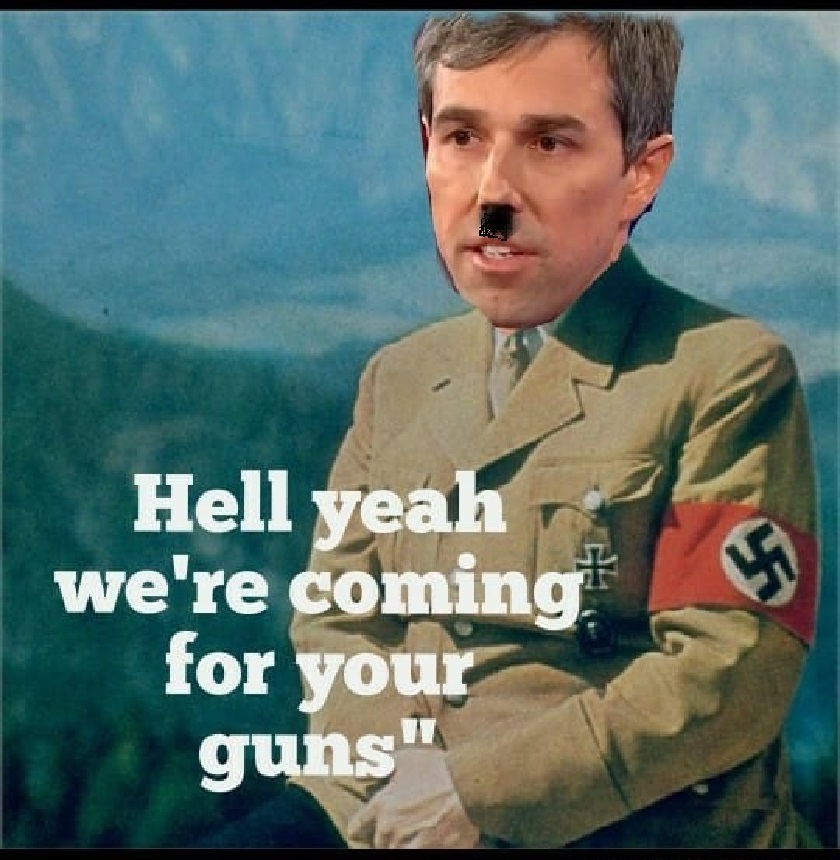 The Socialist Democrats have now told us they want Our Guns in the last Socialist Democrat Debate, and we never really heard anyone of them argue against it then or since, that is except for the comments it might hurt them at the Polls.  It’s time All Americans realize this group now running in the Socialist Democratic Party are nothing more than Dictators who come offering all types of Free Stuff and Safety from Bad things happening and the only Cost to US will be Our God Granted U.S. Constitutional Rights, and please remember what one of Our Founding Fathers Benjamin Franklin told us a couple of Centuries ago; “They who can give up Essential Liberty to obtain a Little Temporary Safety Deserve Neither Liberty nor Safety.” ... this statement was True then and even Truer in Our Day.

We as Americans Citizens were Granted Our Rights by God and the government is suppose to Protect and Defend them, not Take them from US, so anyone who joins this so called New Wave of the Socialist Democrats saying we need to be Protected by giving Up Our Rights can’t be supported by anyone of US who Treasure their Rights, as History has proven once a Government Confiscates your Weapons you’ll soon learn they’re really Confiscated Your Rights to Freedom & Liberty and this is what so many have Fought & Died to guarantee to US, so the same is and will be expected of US as well, the Government won’t be allowed to Remove Our Weapons from US while we have the Breath in Our Bodies to Fight to Retain the God Granted Rights Given Each of US.
Join us in the Battle to not only Retain Our God Granted Rights & Freedoms, but those for Generations yet Unborn.