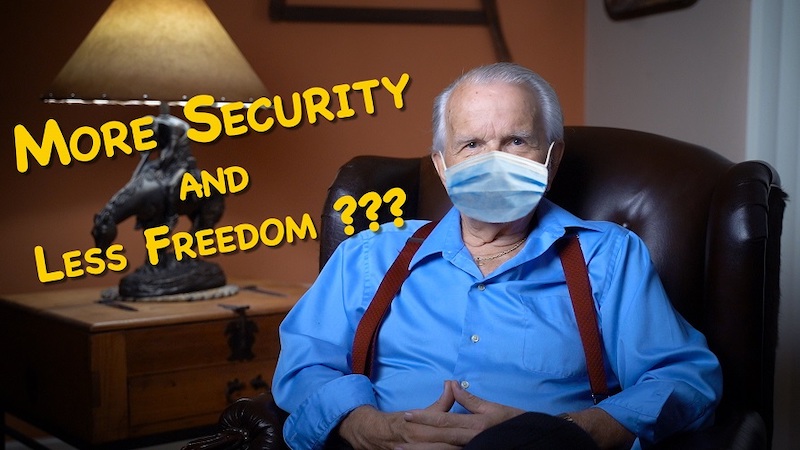 We Welcome Our Visitors & Friends

Jean and I welcome all of you to the site and hope you’ll enjoy this journey with us, as we continue our fight to restore the U.S. and AZ to True Republic forms of Government. Our U.S. and AZ Legislators must pass laws protecting the Rights Citizens especially Our Right to Vote which includes Counting Our Ballots and End Ballot Stuffing / Harvesting and from the Big Corporations and Reform Our Public School Systems to Educate & Protect our Children’s Futures.

The American Creed – Is It Yours?

I believe in the United States of America as a government of the people, by the people; whose powers are derived from the consent of the governed, a democracy in the Republic, a Sovereign Nation made by Sovereign States; a perfect union, one and inseparable; established upon those principles of Freedom, Equality, Justice, and Humanity for which American patriots sacrificed their lives and fortunes. I therefore believe it is my Duty to My Country to Love it, to Support its’ Constitution, to Obey its Laws, to Respect its Flag and to Defend it against all enemies. Written 1917. Accepted by the United States House of Representatives on April 3, 1918.

Our Pledge of Allegiance Explained by Red Skeleton

Take the Time to view and then store the message in your Hearts, as this should help all of US as we continue to Fight against the Tyranny in Our Own Government and some in it who want to Turn America into a Socialist Nation with No Rights for Any by the use of Special Rights for Some. This pledge embodies my reasoning for running for office.

Do You Understand the Pledge as explained by Red Skeleton?

Now let me hear you recite the New Pledge of Allegiance:

to the Constitution of the United States of America,

and to the Republic which it Built;
One Nation under God, Indivisible, with Life, Liberty and Justice for All.

This Pledge of Allegiance = Loyalty & Faith

I don’t believe any are confused as to where I stand on issues, and I don’t waiver from my Convictions and Love of the United States of America. I’m backed with Constitutional understanding and an in-depth knowledge of the games Legislators play to hide their voting records.  ” DC has its’ SWAMP as do the State and Local Governments and Truly Informed Voters are the only ones who can Fix this or Future Generations won’t have the Freedom and Liberty we’ve benefited from”.

In 2016, AZ Legislators continued their assaults, further usurping the constitutional authority of the office of Superintendent of Public Instruction,and  further diverting it to the pseudo-SBE. Yet another bad decision by the AZ Legislators was Prop 123, which didn’t result in any substantial salary increases for teachers as promised by AZ GOP Legislators who Voted & Campaigned for It, once again doing as told by Party Leadership, they supported it promising a raise to teacher, which didn’t happen, and haven’t spoken about it since it passed. The Legislators didn’t listen to their Real Employers-the Voters of AZ; Surprise! Surprise! Surprise!… just more of the same so-called, “Career Politicians” who Fail all of US.

It’s unfortunate that once again in AZ 2022 Primary the $$$$$$$$$$$’s spent by Candidates, PACS & Lobbyist to re-elect or promote those who supported or voted 4 the NPV, didn’t fix election system were victorious, and therefore just one more Victory for the PURPLE GOP Elites that run and scam the Voters, we and others tried but never seem to get the Funds needed to Inform enough Voters to make the Difference needed to Save AZ and the Country from these Bought & Paid for Elected Officials, it’s not for the Lack of Trying it’s caused by the Lack of Americans caring enough to Fight back with the $$$$$$$$$$$$ needed by those on the Front Lines.

One example with a political twist on the definition of Insanity: “Voting for Incumbents and expecting different results is the Political Definition of Insanity.” Look at the results of Re-Electing Incumbents: more Debt and Less Freedom for All”.  It’s time to Stop Politicians from Digging us a Deeper Hole and to Fill this One in on them!

It’s time Voters are represented by Citizens not seeking Political Careers, those of us with Heart-Felt Desires to Restore the Great American Dream of Freedom, which will fulfill the Dreams we all have for Our Children and Future Generations of All Americans, with the prayers and support of AZ’s Citizens.

God Bless You All; Clair and Jean Van Steenwyk