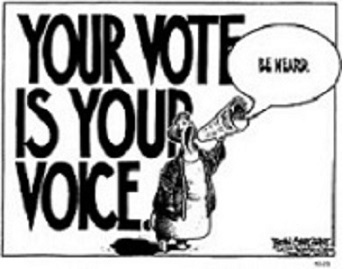 I’ve said for yrs. at political events, radio shows, social media before becoming a Candidate for Maricopa County Recorder, most attending had no knowledge and those who do won’t talk about the Deals made behind closed Doors by Career Politicians and especially some Republicans  coming back to Bite Every Supporter of a Constitutional Republic and the Freedoms it gives US.
The Deal  made by Brnovich & Reagan with Chicanos Por La Causa, and Gov. Ducey signed Registering New Voters on the Federal Form in AZ without Proof of Citizenship with no Auditing,  giving Socialist
Democrats the New Tool to Win 2020, came from this Deal where approximately 300,000 using Federal Registration in AZ, many on High School Campuses recruiting Young Student voters with questionable Knowledge of US History they’ve learned in our Public Schools may
Decide the Outcome in 2020 General Election for the U.S. Senate
and Defeating President Trump.
We lost a U.S. Senate seat in 2018 and the AZSOS and Supt. of Public Instruction to Socialist Democrats, Cross Over Voting from Ducey to Sinema gave Sinema the victory, if you compare the #’s of Ducey 800,210 – McSally 672,505 =  127,705 Sinema 732,760 –  Garcia 603,054 = 129,706,
those who Crossed Over from Ducey can Vote for State & Federal Offices,
however if Registering on the Federal Forms, can’t Vote 4 State Offices
and this may happen again.
AZ’s GOP State & Local hasn’t announced a plan countering the Registration of possibly Non Citizens so Republican & Independent Voters supporting a Constitutional Republic Form of Gov. vs. Socialism must Get Out the Vote by telling Family, Friends, Neighbors to Vote. Offer to Take People to the Polls especially in Maricopa County since the Supervisors New system Only Opens 100 Polling Places some need help to the Polls, Volunteer and Take them or We May Lose.
Vote4Van.com / Contact: cjjmvs@gmail.com 623-322-9979
God Bless You All; Clair Van Steenwyk
Share on FacebookShare on Twitter
ClairClose Dept. of EDEnd the FedFreedomImmigration BanIndependent VotersLibertyNo AmnestyNo IncumbentsPRO LIFERight to VoteTerm LimitsTrumpUS ConstitutionVan

Right To Vote but be Informed 1st.