AZ A PURPLE STATE FOR CERTAIN! 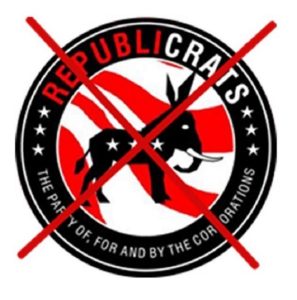 For me the most disappointing thing so far in AZ’s Primary is that those who voted 4 the NPV have either been re-elected or promoted to higher positions in AZ Gov., so now I do believe the GOP is more Purple than Red and the PAC Monies that flowed I know for certain into LD 22 is overwhelming. Some I know are pleased with this but we’ll now continue with the AZ Government the $$$$$$$$’s from the PACs spent on Livingston and the slate in LD 22, and they’ll be more emboldened than ever so when will the NPV be revisited as the Dems know 2020 is coming and certain they’ll push it again and of course that will include the Lobbyists who run campaigns and I do believe lines up monies for all of them, AZ is Crooked thru & thru.

It’s a sad day as well for the U.S. as in the future one of these moral midgets just might make it even higher in government and mostly due to those who are suppose to prevent this from happening sat on their hands and yes I do mean the PC’s statewide, as I was told by several Statewide Candidates that when speaking at LD’s the PC’s were against the NPV and then applauded their own Reps. who voted for it, so the High School Prom Queen mentality is still alive and well which gives all of us the poor government.

We have had bad government in AZ for yrs. now and will apparently continue to have more of the same, I do realize there are exceptions to this, however not nearly enough to prevent it, or as Livingston in LD 22 was heard to say if his vote on the NPV, PROP 123 and Red 4 Ed was all I had against him no problem, I had and have more but this seemed to be what most Voters with information from their PC’s should have been able to wrap their Heads around, but then never considered the Thousands upon Thousands of $$$$$$’s that bought several rounds of mailers directly to voters would enter into the mix, so once again Purple Politicians line up the $$$$$$$$’s needed to continue their Reign in AZ.

AZ Elections are Rigged with all the PAC $$$$$$’s that guarantee the Incumbents even those just running for a House or Senate seat a win, they spend Thousands of $$$$$’s to win a seat that only pays the occupant $24,000 a yr., so why? The answer to this is quite simple the bills they pass that increase spending without Real Results such as on Education or Child Protective Services are in the Millions and the Companies line up for contracts to gain those $$$$$$$$’s, this makes those in office who’ve already proven they’ll go along to get along virtually impossible for any average opponent to beat and unfortunately the Citizens who should give monies to their Opponents haven’t and have just about every excuse you can think of not to, up to and including if you want to get into office you should be able to Self Fund, as long as this is the mindset Professional Politicians and their PAC / Lobbyist Backers will continue to Rape AZ and the Entire Nation of it’s Real Wealth, its’ FREEDOM, so I hope your Grandchildren are being prepared by all of you for the Slave State you’re Leaving to them.

My Position on the above comments is quite Simple and Straight Forward, Jean & I will Never Support or Vote for PURPLE CANDIDATES and Hope None of You will as Well, Remember there’s no Good in EVIL, so the GOP Doctrine of Voting 4 the Better of Two Evils is just another way to Enslave US All, and Future Generations, so Help all of US by DRAINING AZ’S SWAMP!