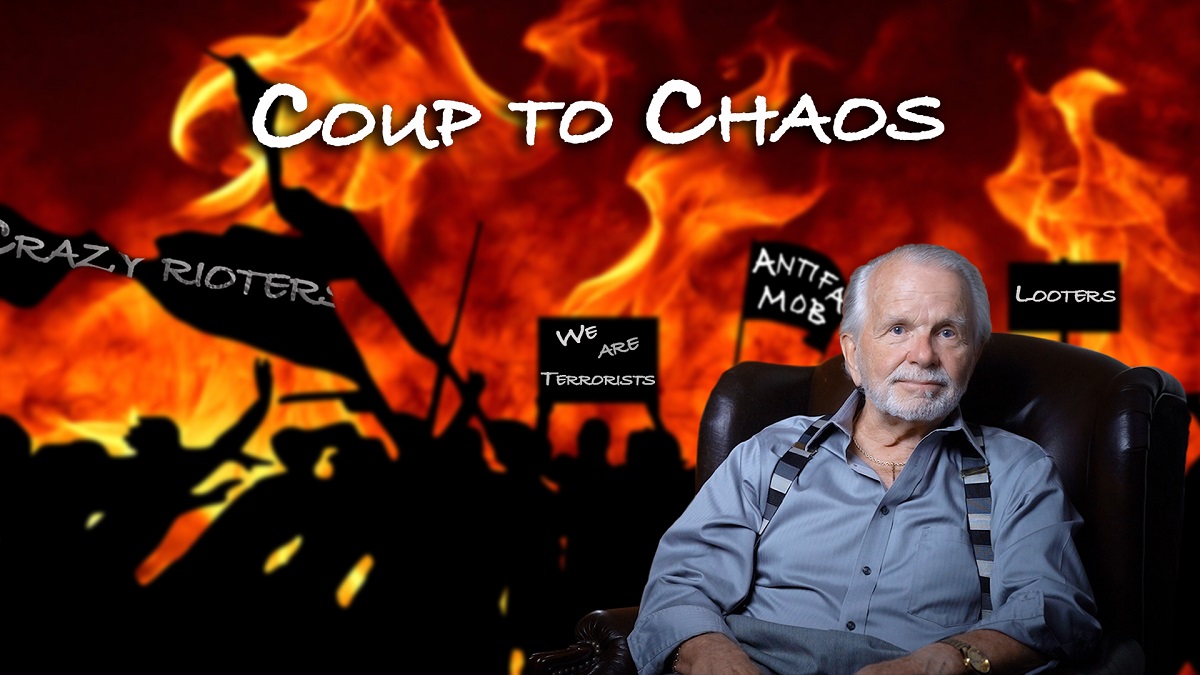 This video and commentary is in reference to the Presidential Coup attempted by the Democrats and when that didn’t work their Allies Antifa & BLM took it to the streets and used the George Floyd murder as the reason to bring Rioting, Arson, Murder, Looting onto the streets hoping to disrupt the Presidential Election and bring about the desired overthrow of Our American Republic in favor of their Socialist Communist Plot.

We’ve watched the DC Swamp for Decades, however the last few years most of those who’ve read my posts and viewed videos, must now talk with family, friends, neighbors, co-workers etc. about the Political upheaval that’s been going on in the U.S. for decades, but in the last 2 years has finally come out into the light of day for all to see.

I believe most Americans see the difference between fair & open hearings compared to the Democrats plan of false accusations, and then once they took control of the House proceeded with hearings to remove a duly Elected President with a Political Coup yes this was a Coup, with the intent of making certain no one would ever run again intending on serving the Citizens of America vs. the Politicians Owned by Big Tech, Lobbyists, Dark Money turning Our Republic into a Socialist Government.

The Coup, fell short of Impeachment so they needed another way of stopping President Trump plan of giving America back to Americans, and the George Floyd murder gave the Socialist Democrats, Big Tech and others what they needed to put Fear in the American People with of course the Cooperation of the Elected Democrats in the Cities & States they picked to Riot in and they got it.

The Marches for Justice were soon taken over by the BLM and Antifa groups which are Marxists, this led to Chaos in the streets with Looting, Burning, Assaults and Murders of Innocent Citizens and Police, and the other accomplices are the Politicians, Press, TV, Social Media Groups, and other Socialist groups seeking Power. We as Americans expect our Free Press to inform us with News of the Day in a Truthful way, at least that’s what I was raised with and know the difference between News & Commentary, however today most news is Commentary no wonder most don’t trust the Press to bring them Truthful Stories as they call Riots Peaceful Protesters, when they’re murdering and assaulting Citizens, Police, Looting, Burning Businesses, regardless of age,ethnicity, sex, etc..

The New Social Media plays a Prominent role in all of this, the last two generations depend on them for information, and sadly believe what they’re told due to being Indoctrinated in our Public School system another Real Danger to Our Republic.  These Tech companies make nothing, unlike the companies that built America like GM, Ford, U.S. Steel, Aluminum, Wood, Clothing, Furniture, General Mills, Coke, etc., I have nothing against Technology as it benefits us, however there’s a Dark Side to these new Monopolies like Google, Facebook, Twitter, Microsoft, these Tech giants are limiting and even stop Free Speech on the Internet, and this controls how people think by the information they allow on Social Media.

This Election year has Facebook, Google, Twitter blocking Conservative  comments, but allowing posts with their Political Views, Main reason Enriching themselves with Money & Political Power, knowing the Democrats won’t Investigate, Regulate or Break Up these Modern Day Monopolies and will allow them to do business as usual with China as they’re bought & paid for, at the expense of Our Freedom.

Sen. Kamala Harris: The Nationwide Protests Are a Movement. They’re Not Going To Stop on this Video at 5:38:   https://youtu.be/NTg1ynIPGls”They’re not going to stop before Election Day in November and they’re not going to stop after Election Day,” Harris told Stephen Colbert about protesters during Wednesday’s episode of ‘The Late Show,’ this can be considered a Threat as they’ll continue to and after Election Day, is this some sort of threat that if they don’t win America can expect more of what she calls Protests, however for those living in these Cities they call them;  Riots, Burning & Deaths, this woman and her Party are Enemies of America.

Here’s one more example of the Anger in the Socialist Movement, Pelosi gets her hair done and is exposed for Violating the Law and who’s getting attacked the Owner of the Hair Salon may have to Relocate, this is how the Socialists react to Freedom, they punish the person who’s telling the Truth about one of their own and Persecute the Lady who exposed her Hypocrisy, tell me this wouldn’t happen if the Socialist Dems to back the White House and controlled both Houses of Congress, WAKE UP NOW.

We must win or the United States of America will be Transformed into a Socialist Nation and never recover, so Vote 4 Freedom and tell everyone you know to do the same.