Declared Guilty Before a Trial! 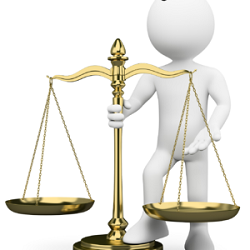 Saul Alinsky’s Rules for Radicals, it’s a method of Tell a Lie enough times and it becomes the Truth!

Examine very closely just how the Shadow Government in DC works and why they’ve decided to make most Americans Distrust these men, who haven’t been proven Guilty of a crime, except in the Press, TV, Social Media, PACS, Lobbyist, Special Interests, Big Business and Socialist Democrats mixed in plus Purple GOP Elitists, all controlled by the One World Government types and their servants.

When we consider all the Crimes that most agree the Clinton’s have committed but never really charged with and in the Media always supported as though they’re the Pillars of the Political World, which if you look close enough by definition they are. We must all face just how morally corrupt the system in the USA has become over the last few Decades, and even when warned by both President Truman and Eisenhower about the Military Industrial Complex not many paid it any attention then and still don’t.

Americans no matter sex, age, etc. must Wake Up and see those at all levels of Government are beating this drum of Moral Corruption, which if left unchecked is Marching the USA into a Future of No Hope and even Less Freedom, most Voters seem to laugh it off when I’ve spoken about the Lying that goes on by many running for office as something Voters expect, accept and then Vote 4 the Liars to Represent them knowing all along they’ve been Lied to.

No one can expect good results when they purposely drive a Car Off a Cliff, yet this is what the Voters do when they Vote 4 Candidates who Lie but still Vote them into office, then complain about their service once in office, while the Voters knew this would happen but didn’t care enough to Fight against it.

If Voters in the USA don’t cease this practice of self deception then they have no one to Blame for the Futures of not only their Children and Grand Children but for the World at Large, which will also lose the Freedoms the USA has fought and died for since our inception, this will be a story that will go down in History as the Greatest Nation ever known to man willing to squander away the Freedoms of All to Benefit the Wicked, and done so without even a Shot being Fired.

Is the USA Politically Insane?