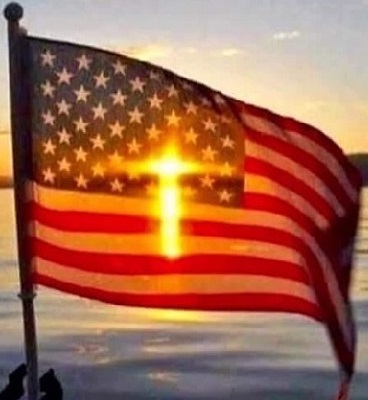 Section 230 Protection for Social Media must be Revoked, or soon we’ll all be banned from using Social Media as Our President and others have already been, so contact your Federal, State, County, State or any other Elected or Appointed Official and tell them to Support its’ being Revoked or you’ll Revoke your Permission / Vote allowing them to Represent you, in Fact DEMAND they Step Up Now.
AZ Voters who’ve sent me messages asking about why & what’s going on in USA & AZ Politics?
The fear I hear & read in their questions make it obvious to me that most of them have been unaware that most in the Media, Politicians, Parties & Others don’t inform their Voters who have no idea what they haven’t done when they could have.
My Responses on FB AZ Republicans, Independents & Libertarians Waking UP: I don’t agree with Rioting, however the blame game is a joke, President Trump never said Riots were peaceful marches as did Biden and the Socialist News when Cities across America Burned as did DC, but guess that’s something we’re supposed to forget like Biden calling Trump supporters Thugs, there were some involved, however Thousands upon Thousands in DC that did no harm and at every Trump Rally ever held, so spare me the Socialist Drum Beat it’s a waste of my time.
2nd Response: Presidents can’t control Elections, the Elections are under State Jurisdiction by State Legislators who failed to do their jobs, and should resign as the cowards they are in each and every state where they allowed an Election Board, Judge, Sec. of State or Gov. to violate state laws, however they didn’t honor the Oath they took and for that reason are unfit to serve, I only hope the Voters remember this in 22, but won’t hold my breath as this isn’t the1st time legislators have failed in their duties and won’t be the last, and yes it will take others to run against them, and not sure they’ll be able to raise the $$$$$$$$$$ needed to do it as has been the problem in the past, because people won’t donate to them but will complain and in the end Vote 4 the Better of Two Evils as their parties instruct them to.
TRUMP HATERS & POLITICAL OPPORTUNISTS
The call by GOP Elites asking President Trump to Resign, you know the Never Trumper Republicrats, Pelosi, Schumer and their Allies, Fake Media, Globalists etc. want the President Impeached. GOP REPUBLIC-RATS LIST: Toomey, Price, McConnell, Trans. Sec. Chao ( McConnel’s Wife), Kasich, Graham, Sec. of Ed. DeVos, Mulvaney, Sen. Murkowski, C. McCain, and this also must include every Elected office holder who refused to Stop the Steal in states where the Election Laws were violated, this list of GOP Republicrats goes on and on, however there’s no Proof linking President Trump to the Unlawful Entry into the Capitol Building by the Rioters No Doubt were Trump Supporters.
There’s more than one side, the Capitol Police actually opened the doors and let many attendees inside the Capitol Building shown on OAN, suggest you watch and recall the Riots that took place this year state to state, the Press said were peaceful as they Looted and Burned Down Businesses, Cars, Defaced Statues etc., remember Thousands attending and only a few did this damage and when the President Trump Supporters were asked to leave by the President they did. DC Rioters anger boiled over into violence no one supports.
In Ephesians 4:26; “Be angry but do not sin; do not let the sun go down on your anger, and do not make room for the devil.” So we can get angry. .. The problem is what we do with the anger. Everyone reacts to anger differently, however Violence isn’t God’s Will and shouldn’t be a driving force for any who Love Freedom.
Who Should Be Resigning Office? AZ Voters must Demand GOP Legislators resign, we need Americans who’ll Support, Protect & Defend the U.S. Constitution, which they’ve failed to do, but now want support from us because they held sham meetings, give of us a break and do one honorable thing RESIGN NOW and yes that includes AZs’ EXECUTIVE BRANCH.
Our Founders told us we’d need a Well Informed, Moral & Religious People to maintain a Republic Form of Government, well it appears their worst Fear has happened we for the most part don’t have any of the above, and when you factor in the Indoctrinated last 2 Generations coming out of the Public School system it’s no surprise that our Republic has become a RINO / Republic In Name Only, so it’s now left up to US to Restore this Nation to the Republic Our Founders Dreamed of or enter into a Very Dark Place I don’t believe anyone who Truly Loves Freedom wants to go, and no once again Freedom isn’t Free.
Our Prayer for All is we stay United in the Cause of Freedom and don’t allow Socialists, Anarchists, Globalists, Fake News and Politicians to Stop US from Moving Forward to Restore Our Republic and Our God Granted Rights.
We’re also in a transition a result of FB, Twitter, Apple and others closing down Free Speech, so we’re beginning to post on GAB.com, it’s taking a little longer to do than I thought it would, I believe it’s due to others signing up and they need to upgrade their systems to handle the traffic, we’ll keep you posted and hopefully this will lead to the others losing out.