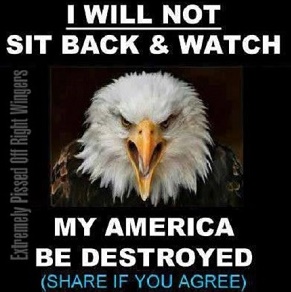 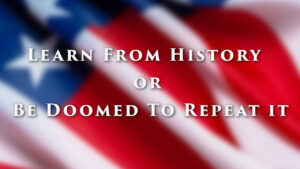 We’d Better Stand Up Now while we’re still Free enough to do so!

The so called GOP Red Wave is Shrinking as the Dems now lead in National Polls by 4% and in Pennsylvania Dr. Oz is behind by Double Digits, as his Campaign Commercials are like Milk Toast and don’t even mention the Following Issues; Border, Crime, FBI, IRS, Fentanyl that’s Killing over 100,000 Kids a year, and of course the Shortage of Police on the Streets due to lack of support by City Councils and District Attorneys.

Those running 4 Office must take a Stand on these Issues stating that they’ll not pass a budget until the Borders are closed, Wall Construction that’s already been paid 4 is Finished, Cut off Funding to any City that doesn’t Enforce Laws, Cut the Increase to the IRS and FBI, there’s a Retired Special FBI Agent John Ianwarell who stated that the FBI is a Para Military Operation, and this had Better put fear in every American along with now Hiring of New IRS Agents doubling the size of the IRS and stating clearly they have to be able to use Deadly Force.

Those running must also Pledge to Investigate the FBI and Remove anyone at any level they find to be Violating U.S. Laws, like those drumming up charges to Prevent former Pres. Trump so he can’t run again, which by the way can’t be done as the U.S. Constitution lays out very clearly the qualifications to run for President, (According to Article II of the U.S. Constitution, the president must be a natural-born citizen of the United States, be at least 35 years old, and have been a resident of the United States for 14 years), this is the and no Federal, State, County or City Statute can change that like Statute # 2701, but they’re trying to put a Cloud over of Our Former President to either Prevent him or discourage Voters from Supporting him, and who knows maybe even when he Wins not to Certify the Election.

The Leadership of M. McConnel l in the Senate states he’s not sure we can take back the Senate, and I’m certain he hopes we can’t as his Weak / Feckless Leadership proves all he’s able to do is get monies donated to those who support his leadership, which is the old guard, his leadership has Weakened Our Nation and any who followed him must be Defeated, this man’s wife’s family has gotten Richer with their Business in their Cargo Shipping business from China and also knew just when to order more boats built before the new restrictions on doing so would take place, you see Pelosi isn’t the only one who’s gotten Rich in DC the McConnells haven’t done badly themselves along with others.

The time has passed when We the People can sit by and just watch this group of thieves and traitors continue pushing us down the Road to Communism, therefore I ask all of you to pass this onto others so we might begin to Demand of those who ask for Our Votes agree to the Terms laid out in the beginning of this Article or expect not to receive any Support from US