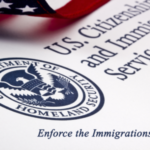 Tax Reform will succeed where Repeal Obamacare Failed because Big Business wants it and will get what they want as they always do from the politicians who Serve Them.  The tax reform will be good for business, and along with it you can expect some immigration reform as well that will enable the Big Businesses to continue to import Cheap Labor rather than Hire Americans, and oh yes by the way Pres. Trump won’t be fulfilling his Campaign Promise to Deport Illegals as he now restated his position as to only Deporting Criminal Illegals, and all along I’ve believed it was a Crime to Enter America Illegally just as it’s a Crime to Overstay any type of Visa but then even Pres. Trump wants to be re elected. Deporting All Illegals would be the best TAX REFORM we could ever hope for as it would level the Work Force and cause the Unemployment to go Down and Wages to go up and since We Pay Taxes on Our Income which most Illegals don’t the Government would get  Increase Tax Revenues even at a Lower Rate and another By Product would also be Less CRIME.

The GOP won’t Support a Deportation System to Deport all Illegals no matter the reason as they don’t want to lose their jobs nor do most even believe we should have Secure Borders as proven by the Gang of Eight and all in GOP who actually support them as well, and oh yes we’ll continue to import cheap labor which will prevent Americans from getting starter jobs, but then what do you expect from the GOP? Big Business wants Illegals in the US to keep wages down and have control over excessive profits, not to mention the fear factor they maintain by controlling illegals employed by them, this is just one more of many reasons to Vote Out All Incumbents.

I realize some of my statements may offend some, however they are True and all anyone has to do is look at the FACTS and then find proof that disagrees with FACTS and so far I haven’t found any and don’t believe those reading this will as well, I hope all will pass it on and actually start working to Restore Our Republic by Removing All the Incumbents from office at any level.