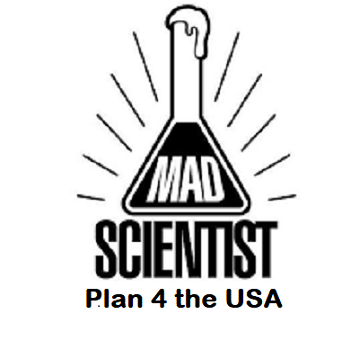 There was a World Festival of Science held a few years ago to discuss Solutions to Global Warming, and they came up with what Expert Matthew Lound calls Ethical Framework Bio Ethnic Genetic Engineering to Reduce the size of Man which reduces the size of Man, which is what they consider to be causing Global Warming along with a Pill which would cause Nausea so we’d no longer like Meat, these solutions and others are Frankenstein Science and this type of Science was used by Hitler in WWII to create a Super Race, which the World agreed must never happen again.

The Global Warming Issue isn’t based on good science but has been promoted as though it is and the Marxists in America are using is along with the Critical Race Theory to Divide Americans at all levels as they use these two issue to Transform the USA into a Marxist State, there’s some common sense needed to disseminate Truth from Theory.

The Theory vs. Facts, One very important Fact AZ’s Population in 2021 is 7.2 Million compared to 351,000 in 1921 a difference of almost 7 Million people and certain this isn’t counting all the Illegal Aliens, we now have more Roads, Buildings, Air Conditioners, Cars etc., so no wonder our Temps have increased over the last 100 yrs., like in Phoenix, those warming temperatures are exacerbated by the Urban Heat Island Effect, created as Metro area’s heavily paved and sprawling developments keep heat particularly high at night making it rise even higher during the day, and remember for the most part the West Valley didn’t exist which also has its Urban Heat Islands, as does the rest of AZ and the USA, which had no Malls etc, in 1920, once again it takes the use of Common Sense not Indoctrination to understand the Global Warming Political Cult Movement, so hope you’ll pass it on.

My hope moving forward is that as Americans we can all move forward as Americans, and not allow Marxists who are a Movement of Divide and Conquer given the opportunity to do so, History must be remembered, to make certain the mistakes of the past aren’t repeated like HItler’s Super Race, we must remember all the Good that’s been accomplished in the past to Form a more Perfect Union must be repeated to move forward to a Better Future for All Americans Uniting behind that cause for the Sake of Americans yet to be Born.

Our Battle cry must be America 1st now and always, I warned Voters in my 2012 Campaign for the U.S. Senate against Flake, however most didn’t think it was that bad, and most have now seen it 1st hand, so I’m hoping Voters Heed this Warning before your Children, Grandchildren and future generations are being Marched into Slavery, and join others running in AZ and across America to Remove the Incumbent Career Politicians everywhere.

America was founded on Christian Biblical Principles, however by what has taken place in the past years and presently in DC and the Nation is proving that is no longer true, unless those called by His Name Repent and Turn from their Wicked Ways so God can Heal their Land our futures are doomed, how much Fartherwill Believers in the USA Fall?

You can find us on Rumble, MeWe, Codias, FB, Gab, Parler,and of course our website: VansCrossroads.com as we reach out to new sources and insure against being blocked by the Socialist Media Giants. One last thing, I’m running for AZ Senate in LD 22 and need signatures to get on the Ballot, so please click on this link to AZ SOS site to sign my petition On Line & Thanks for the Help: https://apps.azsos.gov/apps/election/eps/op/