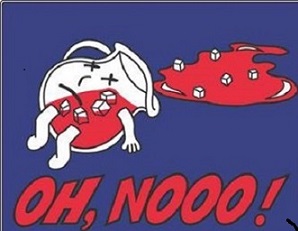 I’m listing some of the Legislation my Opponent LD 22 Representative D. Livingston has either Sponsored, Voted For or Both, to better inform those in LD 22 of just how he’s been voting vs. what he’s been saying.

One particular Issue is his Sponsoring the National Popular Vote, which if this would ever be law we could all kiss Good Bye to our Republic as the Nation would be controlled by the East and West Coasts where a majority of the Population lives and is more than just Liberal many of them even though many may not know it are actually Socialists.
I hope all examining Livingston’s record realize that we can’t afford two more years with Livingston in office, anymore than we can afford people like him in Washington, D. C., or the Swamp as President Trump likes to call it, well Phoenix over the years has turned into a Septic Tank and needs to be Drained as well.

COMPLAINTS FILED WITH THE COMMISSION on February 25, 2014, customers from the communities of Cross River, Dos Rios, and Coldwater Ranch delivered over 100 letters to the Commission asking the Commission to investigate their rates for water and wastewater service. Included was a letter from LD 22State Representatives Lovas, Livingston and Senator Burges.

The Legislators’ letter states that there is a great discrepancy in rates between various communities in the northwest valley. It points out that the water/wastewater rates for the EPCOR Agua Fria District are nearly $100 more per month than those for the EPCOR Sun City District and nearly $75 more than rates for several city water services.

The letter asks the Commission to review the water/wastewater rates for this area. The letter also states that the communities of Cross River, Dos Rios, and Corte Bella are geographically distant and physically unconnected to the Agua Fria Water District and that they use the NW Valley Regional Water Reclamation Facility even though they are paying for the White Tank Facility. The letter ends with a series of questions which it requests the Commission to investigate.

What were LD 22 Legislators Thinking of? This helped bring about higher Rates 4 SC & SCW. September 2017.)

It appears the LD 22 Legislators weren’t serving SCW but other outside interests and when asked to make a public statement they refused to do so.

P. Lee, Mgr. of The GOP Office In Sun City condensed the final vote on the EPCOR Waste Water consolidation taken on June 13 /2017 AZ Corp. Commission meeting. RINO GOP Commissioners Tobin, Little, Forese and Dem Dunn voted yes or Against US; GOP R. Burns voted No for US. Full consolidation of the five water districts will occur over the next five years, the Increased Costs will be to SCW & SC Residents Only. Meeting was 5 hrs. & 40 min. of consolidation discussion:

1. 16 of 22 parties involved in the 5 Waste Water District (consisting of 7 waste water systems) entered into an agreement to support full consolidation.

5. LD 22 Newly Appointed Rep. Ben Toma spoke, But Didn’t Stand with the Voters in SC or SCW on the waste water proposal).

9. The Commissioners spent about 90 minutes discussing various aspects of the negotiated settlement agreement, voting to make 3 or 4 changes. (Note: EPCOR will submit their 2016 taxes to the IRS in September 2017.)

Once again Big Government & Business vs. the Tax Payers and we pay the Bill. 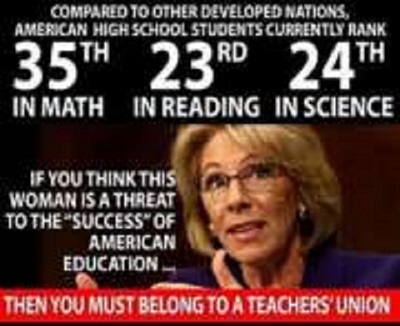 There were many irregularities with Proposition 123 as presented to voters by the Gov., Legislators and a $5,000,000 Ad Campaign selling it as a guarantee for getting the teachers a raise, when in fact that wasn’t even in the Prop to begin with and as we predicted they didn’t get the raise. The AZ Treasurer Dewit argued this would change the original structure of the Trust with the Federal Gov. giving 10 Million acres of federal land, the law said that the schools “shall forever remain under the exclusive control, “since charter schools in Arizona can be run privately but would receive public funds under Proposition 123, DeWit argued that the measure was illegal. If the Fed decided to make this and issue under a trust agreement now altered and they didn’t agree to the alteration, the fed could take over the trust or rescind the lands initially given.

There was also another violation of State law A.R. S. 19-123 SOS charged with mailing out pamphlets to registered voters in sufficient time to be delivered to household etc. & A.R.S. 19-123B dictates the SOS shall make a timely delivery of the pamphlets. There were over 400,000 voters who received early ballots prior to their pamphlets being delivered and may have already voted without the vital information, which may have caused some to vote against Prop 123, possibly causing the Prop to lose as it only passed by a rather slim margin.

A complaint was filed with AZ AG and even though he agreed there was a violation in the process he wouldn’t move forward charging the AZ SOS with violating the law and also wouldn’t aid the AZ Treasurer in stopping the Prop as well even though it violated the Trust. I smell a number of RATS in the State Capitol from the Governor to SOS to AG to Legislators who voted to put the Prop on the ballot and then went out selling it not to mention the $5 Million on Ads and of course the lobbyists and special interests pushing this bill, we have our very own Septic Tank at the Capitol.

We now have another attempt by the Governor and AZ Legislators to give even more monies to raise teacher’s salaries since PROP 123 didn’t live up their Broken Promises they all made us. They’ve now allocated another $100,000,000 to Education without they say raising taxes, and this to isn’t quite true again. Sources have told me and former SOS Ken Bennett this could lead to a $500,000,000 cost and just add more monies to AZ’s Deficit. The truth is it’s an Election Year and the Politicians believe and hope most Voters won’t remember that PROP 123 was suppose to have fixed the Salary issue but it didn’t and so now they’re making more Promises that can’t be kept without changing State Statutes and they don’t want to do that, and after all it isn’t their Money but Ours and the Long Term Debt that goes with it long after they’ve all moved onto another office. Since Mr. Livingston has been in Office our AZ State Debt has gone up and Livingston isn’t talking about it, this isn’t unusual of Politicians, as most make Promises they Seldom Keep, you know Promises Made & Promises Broken, it’s time for a real change in AZ and we need to remove Incumbents and not vote for Political Ladder Climbers as well.

Lobbyist got what he Paid For vs. We the People!

Here’s the list of Sponsors in the AZ Senate might surprise you to see just how many Republicans sponsored this bill and how many claim to be Conservatives, but then lets not confuse being a so called conservative with being someone who keeps the Oath of Office to Protect & Defend the Constitution as most certainly don’t, and these certainly Didn’t.

Click to Verify the Sponsor bracket on this Link to AZ Senate Sponsors: https://apps.azleg.gov/BillStatus/BillOverview?billnumber=SB1218&Sessionid=115

By the number of GOP Senators who were sponsoring this Bill it appears it would have passed if it had been brought up for a Vote, and also possibly been able to Override a Veto as well.

We can’t allow or Vote for GOP Office Holders who’s Loyalty is to a Lobbyist to take away Our Freedoms, we must not Vote for them in the Future if we want to maintain a Free Republic.

You can’t always trust some who say they’re conservatives, then sponsor & vote for Legislation or not vote against it, who do they really serve, also recall all of our legislators also pushed Prop 123, does this make them Conservatives ?

It’s a derivative term: referring to something outside of itself. We can’t conserve the future or present, and the past is full of contradictions thereby we’re also unable to conserve it entirely. In the past we find both Villains and Heroes; injustice and justice, slavery and freedom. Past and Present things are similar and must be judged on their own merits. Many Conservatives believe this to be true as a result of applying common sense. What makes us Conservatives?It’s the Knowledge that things with a good reputation for a length of time are more than likely to be trusted vs. newer things with a limited or no history at best. The term Principle refers to something with a long history and to modify that into something different is to change the Principle itself, as without the Original Principle the reasoning for its’ defense is non existent.

If being a Conservative stands for anything it must be founded in the very Birth of the United States. All peoples form political bonds which were written into our nature by God himself with His gift to us of reason and speech. This brought about the establishment of Our Nation with the Declaration of Independence and US Constitution, and from these come the Principles by which we govern and allowed those in office to govern. The conclusion of this is quite simple, Our Founding Principles are what we defend thus defining us as Conservatives.

We have heard too many false promises from AZ Politicians in AZ’s Own Political Swamp! We need Real change in AZ Politics, and the only way I see to get this done is by Constitutionalists running to replace those short-sited Politicians.

I believe Election Cycles are Critical for our Nation and State as to whether we sink deeper into a Socialistic Nation, or Restore Ourselves to a True Republican Form of Government.

The choices are clear: Never vote for anyone who votes against, or compromises, the U.S. or AZ Constitutions . . . as Our Freedoms are at stake. I believe compromising Our Freedoms is actually what most of them are hoping for, and the Elite Power Brokers are working toward!

Time to Drain the Political Swamps!