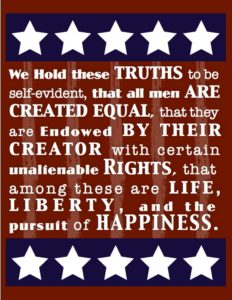 The Overthrow of the U. S. Republic by the Shadow Government!

We must all face facts and they are really simple to see if you’ll just pay attention to what our Federal Government has been doing now for decades. They began undermining our Republic by enlarging the scope of the Federal Government into areas it has No Constitutional Jurisdiction to name a few; Agriculture, Healthcare, Welfare, Education, Commerce, Homeland Security, EPA, and so many other Depts. and Agencies, while the U.S. Constitution authorizes only the Departments of Defense, Treasury, State, and Justice ,all others aren’t allowed in the U.S. Constitution but are left to the Sovereign States to manage, however they’ve all failed in their Legal Responsibilities as well by allowing this intrusion.

We must now in 2018 recognize that the dilemma we find ourselves in at present is the 1st full blown attempt by the Shadow Government with the Aid of the Socialist Democrats and Republicans to overthrow a duly Elected Government of and by the People is now come full circle and must be looked upon as an attempted overthrow by them, most choose to call it just an investigation into Leaks when the intent of the Leaks is to Remove a sitting President who We the People choose to place at the Head of Our Government, thereby making what they’re dong an ACT of Treason and must be addressed as such if we hope to repel it and any future attempts at doing the same whenever We the People place a person at the Head of Our Government they don’t approve of.

If we choose to allow them to just call this attempt to Overthrow Our Government nothing more than a few disgruntled employees leaking information so as to discredit the President rather than a Revolution intended on Restoring all of them to Power we’ll End Up losing Our Nation and the Freedoms Granted US by God and Guaranteed in the U.S. Constitution, so I hope all will begin to understand this isn’t just an political disagreement between the two Parties, but an attempted Overthrow of Our Duly Elected President and must be treated and prosecuted in a like manner.
God Bless You All; Clair Van Steenwyk