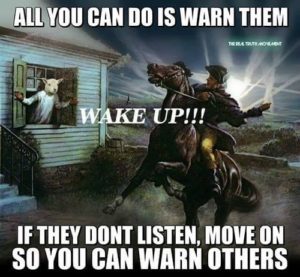 America Take Note and see what George Washington, Our 1st Commander & Chief thought about Political Parties, and you’ll discover what he feared most has been happening almost since the 1st Political Parties were formed and continues to this Day, we hope all will Wake Up and begin the long March back to being Loyal To Our Founding Documents and only use Party Affiliation to bring those Dreams into Modern Day Reality.

Did George Washington want Political Parties?  Washington’s Farewell Address addresses his distrust of a two–party system, as he recognized that it is natural for people to organize and operate within groups such as political parties, but he also argues that every government has recognized political parties as an enemy and has sought to repress them because of their tendency to seek more power than the other groups and to take revenge on them. Washington feared that partisanship would lead to a “spirit of revenge” in which party men would not govern for the good of the people, but only to obtain and maintain their grip on power.

What else did Washington’s Warn of in his Farewell Address?  Frustrated by French meddling in U.S. politics, Washington warned the nation to avoid permanent alliances with foreign nations and to rely instead on temporary alliances for emergencies.

Who wrote Washington’s farewell address?  One of the most significant documents in Constitutional History, George Washington’s Farewell Address, is a letter written by the first American President, George Washington, with the help of Alexander Hamilton, to “The People of the United States.” Washington wrote the letter near the end of his second term.

Did America follow Washington’s farewell address?  America‘s first president George Washington delivered a farewell address to the nation on September 17, 1796. In it he made suggestions and issued some warnings. America has ignored all of them. Similar to the warnings of President Eisenhower gave in his Farewell address warning America of the Industrial Military Complex and the same warning he intended for the Government Bureaucrats, Lobbyists, Special Interest Complex as well, has also gone unheeded by most Americans and especially those he called out.

Why are there 2 Political Parties?  Explanations for why a political system with free elections may evolve into a two-party system have been debated. A leading theory, referred to as Duverger’s law, states that two parties are a natural result of a winner-take-all voting system.

Once again to all who have taken the time to read this, please remember Our Rights are Granted by God not our government or political party and we must be Faithful to that and use the others to bring them about, and hopefully you’ll remember this when Voting and Realize the Political Theology of Voting 4 the Better of Two Evils is why we’re in this mess to begin with, so please in the Primaries Vote 4 the Challengers as they are the only Hope we have and if they betray us then next Election Vote them Out and I believe if we do this then in the Long Term we’ll be able to Restore Our Nation and if we don’t and continue voting for Incumbents then it’s over anyway.
God Bless You All; Clair Van Steenwyk

Will Deporting Illegals, Cost US or Save US?

America WAKE UP To the Socialist Coup!