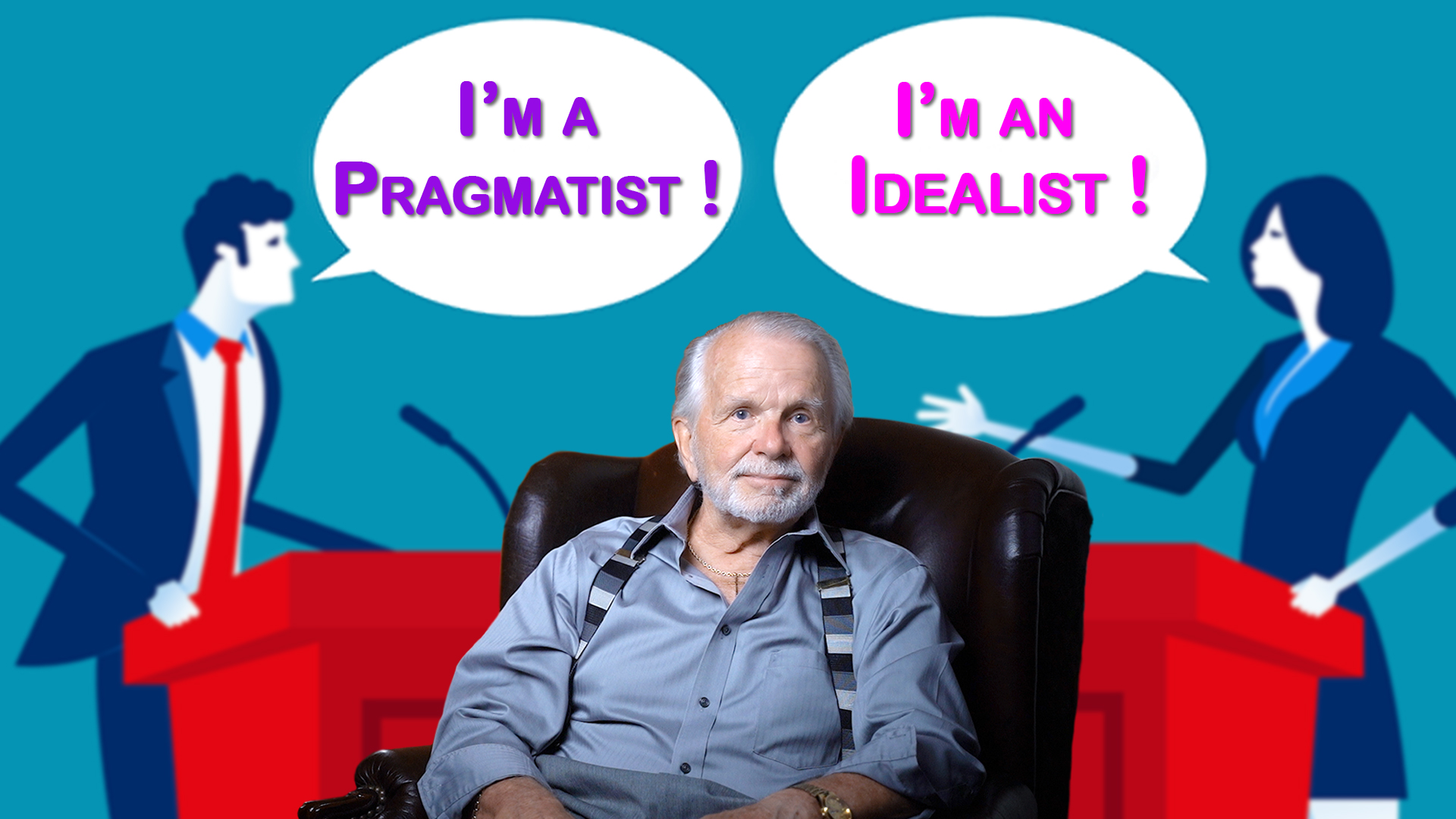 Elections are Battle Grounds not Contests!

Let’s look at Einstein’s definition of Insanity, Doing the same thing over and over again and expecting a different result.

Clair’s Definition of Political Insanity; Voting for the same Career Politicians over and over and expecting a different result, isn’t only Politically Insane but National Political Suicide for our Children’s futures.

Definition of Pragmatic: The word pragmatic has been busy over its more than four centuries of use. … A person who is pragmatic is concerned more with matters of fact than with what could or should be.

Define Idealism; is believing in or pursuing a vision or belief that people can improve conditions rather than accepting the status quo, this is not something most pragmatists  aren’t able to do and has led to the acceptance of things are the way they are, therefore most will never even attempt to fix them.

In 2016 Mr. Trump won with his Hope for the Future, and his Promises were kept, Americans choose a Realistic Idealist over a Pragmatist, and we need a repeat performance at all levels of Government, removing Career Politicians for a Clean Sweep for Idealism in America as in 1776, no more Better of the Two Evils Pragmatists not Dreamers for a Better Future for Our Children.

Pragmatists almost always do the same thing over & over again, which is why they follow & promote the Political Theology of Voting 4 the Better of Two Evils, after the Primaries as the Parties convince any who voted against Career Politicians they need Unity in the General, and Voters must Fall in Line with the Party Bosses Primary Choices which is usually a Career Politician.

We’ve been sold this Theology for Decades, and the last 10 yrs. has gotten worse, and now is the expected behavior most party members are trained to accept and sharply criticize and even condemn anyone who’s unwilling to follow this Theology of the Parties.

Many activists work to elect Candidate in Primaries opposing the Career Politicians Voting Records, sadly 99% of the Challengers lose because Career Politicians are Supported and Funding by Party Insiders, then these activists who spoke against the Incumbents are told they must Unite behind that Candidate who’s referred to as the Lesser of Two Evils for the sake of Unity.

I watch activists facing that and then Voting for them due to the Lesser of Two Evils Theology saying they had no choice, leaving them no credibility with those they asked to vote against them, because of their Records and said they needed to be removed.

Idealism isn’t a popular position as a office holder told me, he’s a pragmatist about the 2020 AZ Republican Representatives who voted 4 the National Popular Vote violating their Oath of office to the U. S. Constitution and Republican Party Platform in 2016, however they all got Re-Elected and promoted to the AZ Senate, he told me that you take what you can get, basically the Theology of Better of Two Evils was then practiced as winning is more important than no matter how bad the candidate really is.

I know writing this won’t change the 2020 Primary, but I hope more will WAKE UP get active in 2022 Primary, when we Vote for a New Gov. SOS, AG, Treas., U.S. Senator etc., Activist Voters need to help outsiders run and I mean $upport them, as the Career Politicians get all the $$$ they need from Special Interests, Dark Money, Lobbyists,and Party, if you get Active we may be able to put an End to the Better of 2 Evils to rest.

When people ask for Endorsements or Support this is what they’re asking by definition, no matter their records.

Endorse; To declare one’s public approval of a Candidate.

George Washington stated that Parties are the Enemies of Government because they’d eventually serve their own interests rather than those of the United States of America, and we’re the only ones who can Turn the Clock Back making America 1st, it’s Trump’s Theology of America 1st, if McCain, Romney, and others who say they’re Republicans would’ve follow that we’d be Better Off.