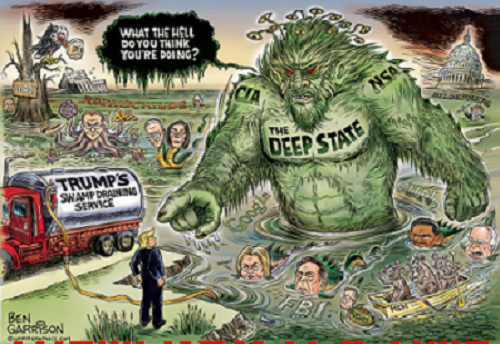 Politically Incorrect & It’s TRUE!
New Generation of Americans Coming Up Take a Read!
Read, Like & Share
This Article was written by my Great Nephew Benjamin Van Steenwyk for his ENG 100 in a Ca. College, and he does get push back from his professors and other students, however still wrote it and believes it as well.
Politically Incorrect
With the results of the 2020 election undecided, let us look back at the last 4 years. Trump has been anything but politically correct and has little desire to change that. Everybody has heard the saying “actions speak louder than words”. Words accomplish nothing, actions achieve results. With people posting black squares on social media, nationwide cries for racial equality and an end to police brutality, the focus has been on Black America. Throughout his administration, Trump has acted to better the lives of all Americans. Arguably, Trump has accomplished more for the African American community than any other president, with the obvious exception of Abraham Lincoln.
Many people will immediately say Trump is a racist, minority turnout in the 2020 election would disagree. 26% of the people who voted for Trump were not white (NBC). This percentage has not been seen by a Republican candidate in 60 years. “President Trump flipped five Hispanic majority Texas counties during the 2020 election, including a 94% Hispanic county that hadn’t voted for a Republican since 1920” (Lee). To further the point, “On average, Trump gained 26.8 points in the 17 counties, which have an average Hispanic population of88.8%” (Lee). Minority voters, possibly, the best judges on the matter, do not believe the President is racist. Longtime friends of Trump’s, many of whom are Black, have said Trump is not a racist. Herschel Walker, an African American and 37-year close friend of Trump’s said,
“Growing up in the Deep South, I’ve seen racism up close. I know what it is, and it isn’t Donald Trump” (Bumbaca).
Critics will say “Trump refuses to condemn white supremacy and even called Nazis ‘fine people’”. This is about comments made by Trump about the 2017 “Unite the Right” rally in Charlottesville, Virginia. Trumps words were: “You also had some very fine people on both sides… and I’m not talking about the neo-Nazis and the white nationalists; they should be condemned totally” (Phelps). Trump has condemned white supremacy and hate in all forms hundreds of times.
The First Step Act was signed into law by President Trump on December 21, 2018. It was the first major overhaul of the criminal justice system in decades; a system that many argue disproportionately affects Blacks. After one year, the act “has benefitted over 2,000 people with sentence reductions that average nearly 6 years. African Americans comprise 91% of those receiving reductions” (Gotsch). Trump is bringing mothers and fathers home to their kids, helping to end a vicious generational cycle of crime and incarceration.
Donald Trumps economic successes are historical, to say the least. In the last 4 years, record after record has been broken. Black Americans have benefitted greatly from this. “The unemployment rate for black workers fell to 5.5% from 6%, according to the Labor Department Data. The previous record low of 5.9% was set in May 2018” (Isidore). Trump has helped to lift African Americans out of poverty.
Trump has also been a champion for historically black colleges and universities. Camera notes, More than 20 percent of African-American college graduates receive their degree from an HBCU, and the schools are responsible for producing an impressive proportion of STEM degrees earned by African-Americans, including 31 percent of biological science and math degrees.
Moreover, 40 percent of African-American members of Congress, 50 percent of African-American lawyers, and 80 percent of African-American judges graduated from an HBCU (Camera)
With federal funding coming to an end, the future of HBCUs was in question. Trump acted to help preserve these institutions. “One of the first executive orders Trump signed as president physically moved the HBCU initiative from the Department of Education into the White House— a move the HBCU community had long asked for in order to increase its visibility” (Camera).
Trump also signed the FUTURE Act providing a permanent increase in funding, “The legislation made permanent $255 million in annual STEM funding for minority-serving colleges, including roughly $85 million specifically allocated to HBCUs” (Fain). No administration has accomplished a perfect record with HBCUs, but Trump has done a lot to strengthen them.
Through new legislation, the Trump administration has encouraged investors to give lower-income, minority neighborhoods a second look. The 2017 Tax Cuts and Jobs Act established new “opportunity zones”. “The opportunity zone laws.. were designed to reward
certain investors who bring new investment-including franchise business investment-to designated low income areas” (Pessar).
The opportunity zones should bring new hope to distressed, largely minority communities.
Lastly, Trump’s latest pledge to the African American community, the Platinum Plan promises to invest $500 billion into primarily Black communities, declare the KKK a terrorist organization, make Juneteenth a national holiday, and much more.
For a man often touted far and wide as a racist, Trump has accomplished goals for Black America that many did not believe were possible. It is no question why Trump achieved record minority support. Many Americans prefer politically incorrect over empty rhetoric. After all,
actions speak louder than words.
Benjamin Van Steenwyk
The above article was written by my Great Nephew, and I must say after spending Thanksgiving with his Dad, Mom and him it gave us great pleasure and hope for the Future, I hope all of you who took the time to read this are as inspired as we are.
God Bless You All; Clair Van Steenwyk