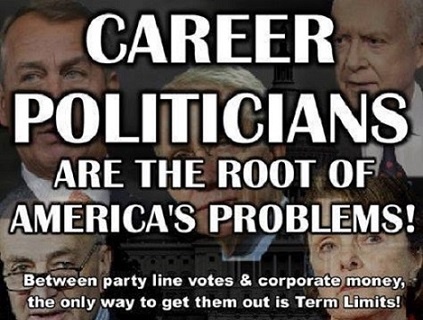 Terrorists Goal is to Implant Terror in their Enemies!

According to the Socialist Democrats the Pictures of these Three Presidents would then qualify as either Racists or Terrorists,  these Presidents Hoover, Truman & Eisenhower Deported Illegal Aliens, and Eisenhower stated very clearly that when you have people within your Borders and don’t Know Who They Are, It’s Called an INVASION, so President Trump is in very good Company when he says we’re being Invaded and follows up by Deporting them, so now lets look at the Socialist Democrats who say these and the rest of us are Racists for wanting Our Elected Officials to Secure not only Our Borders but to also to Remove the Invaders.

The Socialist Democrats began in 2016 by calling us Deplorable and Irredeemable as well, and now have moved on by calling us either Racists or Terrorists 1st for wanting our Laws Enforced, and now for Supporting President Trump’s bid for Re – Election such as happened when Rep. Joaquin Castro tweeted out a graphic displaying the financial supporter of President Trump tweeted out a graphic revealing financial supporters of President Donald Trump, to Castro’s supporters and some of the names on the list also donated to him God only knows why, and now has gone viral with many asking others to Boycott their Businesses etc., if this isn’t bad enough he then denied he never meant any harm to come to them, he’s either simple minded or just a Liar.

We also had the Miami Dolphins owner  Ross who supports President Trump outed by one of his players, he let everyone know what other companies he owns, and I do believe once again intended to cost Mr. Ross financially, this is the Old New Playbook of the Socialist Democrats and their blind supporters.

The real cost is to US, as this is a War against US and not the President, but also the Nation as a whole, these Socialists would rather destroy Our Republic and it’s people at any cost than allow us to take Back America, this is Dividing Families not Unlike the Civil War did over the Issue of Slavery, which cost Our Nation Lost Approximately 620,000 soldiers died from combat, accident, starvation, and disease during the Civil War, these Elected Officials, News/Commentator Broadcasters, PACs and others are determined to win at any and all costs.

We can also Include in this evaluation those now in the process of running to the Presidency and only hope none of them win or we’re all going to be losers. The main reason these Socialist Democrats are Racist is the hopelessness they’ve instilled in the Inner Cities and especially in the Black Communities, with Poor Schools, Housing and No Jobs, and then put the blame on anyone who’s succeeded in life and trying to some degree into starting a Race War at the Polling Place, however don’t believe most of them realize once you start a ball rolling down hill it’s impossible to control.

Political Terrorism is being spread by them as well in an attempt to regain power, and whether they realize it or not this to once started has a life all its’ own, and as in the French Revolution the people also turned on many who began the movement when they wanted to bring it to a different End, so the Socialist Democrats had better start taking a look a the monster they’re trying to create and realize it will Eat them Alive as well.

I also believe that the New Church with the Gospel of Entitlement of it’s members to Health, Wealth and Happiness is also reason for the division in our Nation, and when it fails in its’ Mission to Evangelize with the Gospel of Christ and to be the Moral Compass of the US then there’s little Hope for most of us, as they’ve begun to spread a Gospel of Meism vs. being of aid to the less fortunate among us, then we know as Our Founders so clearly stated, It will Take a Moral People to Maintain this Republic, and how far have we sunk from that Standard as so many levels as pointed out, we still have time to fix it, but not if we only sit in meetings or our homes, the Battles are in the neighborhoods of our communities and around the dinner table and at other functions, no matter how unpopular it may make us among some, it’s the Duty of US to Right the Ship for future Generations and hope all will begin this work Now.