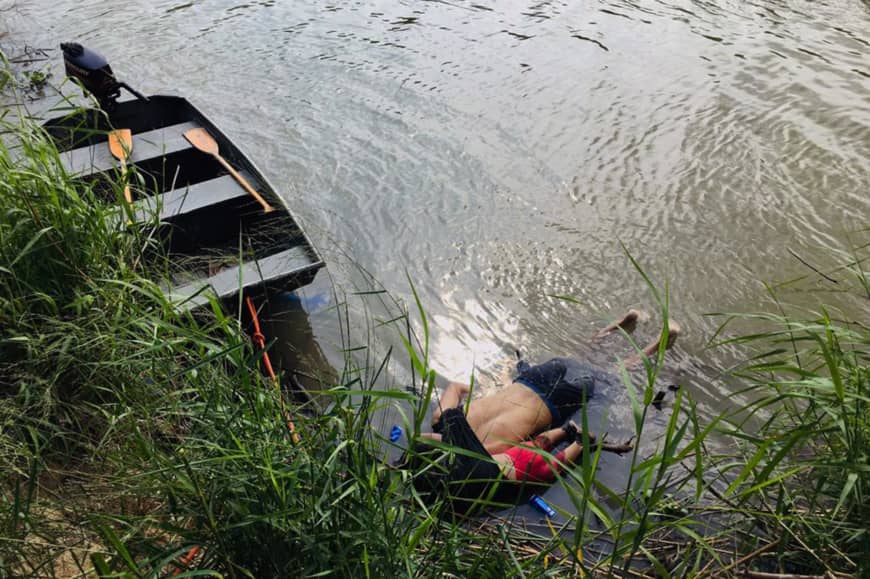 The FB Storm Troopers blocked the Photo I posted so you’ll only see it here, however nothing you haven’t seen on TV or elsewhere of the Drowning at the Border, guess they don’t want graphics to go with the Statement I made about who’s really at Fault.  By now I’m supposing most have seen this photo and maybe even the interview of the Mother in their apartment in El Salvador, which by the way looked pretty much like many I’ve seen in the US.

The question I have is why did the Father of this child decide to put the child at risk by crossing a waterway that obviously moving rapidly with High currents knowing the child couldn’t swim and had no Life Preserver but seemingly was tucked under his T-Shirt to keep her with him? I submit he was using his child to guarantee he’d be able to stay in the US, not unlike most do as the children are always used as the Anchors whether brought here Illegally or born later they’re the Anchors for the Illegal Parents that cling to them. Remember our laws if you dare to not buckle up you kids in the car, well why didn’t care enough to at least get a Life Preserver?

I realize this may seem unkind to some, however the Blame for this is clearly the Father’s, just like any Father who’d put his children at risk by driving drunk and no one I believe would blame the manufacturer of the product he drank or the car he was driving.
The simple Truth is the Father is to Blame along with the Socialist Democrats and Liberal Republicans who’ve decided for Decades not to put an End to the Invasion at our Southern Border, however both sides gain either Politically or Financially from it and that’s why it’s not Fixed and don’t believe it will be, so if you want to Blame someone look to your Elected Senators or Representatives and Blame them, but stop trying to Blame President Trump for simply exposing the Graft and Greed of those so many have been misled to Trust.
God Bless You All; Clair Van Steenwyk