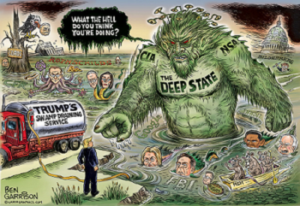 VIEW VIDEO: https://www.youtube.com/watch?v=ZoHjMPA-KFU
AZ’s Elected Officials Failed Voters at Every Level when it comes to Our Election Laws.
View, Read, Like & SHARE!
I made this video in my 2012 run for the US Senate in AZ, my concerns haven’t changed, and AZ Lawmakers never listened to my personal request to Secure AZ’s Voting System, so what I predicted, has happened in the 2012 Elections and now we’re paying the Price for their lack of Leadership on Revamping Our AZ Election Laws.
AZ is now a Blue State and I believe due to out of control Early Voting brought about by the using the Excuse of the China Virus, and Ballot Harvesting system which AZ’s Legislature has neglected to fix and don’t believe it will., there is an even greater chance for weaknesses in the voting process in AZ and elsewhere to allowing ineligible voters to participate in our elections.
Maricopa County Board of Supervisors have Certified the Election saying all the Votes are legal, this is an incorrect statement as they have no way of knowing that as a Fact with the Election Laws and the system in Maricopa County with Fontez running it, who so many of us don’t trust.
This Certification is a Political Feel Good Statement to influence the Voters to trust the Broken system and what they should be doing is running an Audit to see how many Federal only Forms were used and how many Ballots were dropped off by Ballot Harvesters, I for one don’t trust the system and have said so for years, but then the government always trusts itself.
We must Demand the AZ Lawmakers Amend or Replace Election Laws, with New Laws specific to Early Mail In Ballots, as Ballot Harvesting continues with Consent of AZ Laws requiring no ID from those turning in Ballots for others, and no Records are kept of who’s turns them in.
The following info is what’s found on AZ SOS Hobbs website, read it carefully and you’ll find that they assist voters in registering to vote on the Federal Form which requires no Proof of Citizenship as does the Left when out gaining New Voters, they say since it doesn’t affect State Elections it’s Allowed, this practice must be Stopped and can be very simply by AZ Lawmakers passing a law, Federal only voters may use the Federal Voter Registration form, available here: https://www.eac.gov/assets/1/6/Federa…, Check it out for yourselves and then ask did you believe this could happen in AZ?
Since 1995, federal law has required states to offer people a chance to register to vote when they visit a local motor vehicle office. Important Information Regarding Proof of Citizenship A person must be a U.S. citizen in order to register and vote. A person who submits valid proof of citizenship with his or her voter registration form (regardless of the type of form submitted) is entitled to vote in all federal, state, county and local elections in which he or she is eligible.
The voter registration form otherwise must be sufficiently complete. A person is not required to submit proof of citizenship with the voter registration form, but failure to do so means the person will only be eligible to vote in federal elections (known as being a “federal only” voter). A “federal only” voter will become eligible to vote a “full ballot” in all federal, state, county and local elections if he or she later provides valid proof of citizenship to the appropriate County Recorder’s office.
Voter Registration and Voter ID According to the National Conference of State Legislatures, voters in 16 states and D.C. can cast a ballot in person on Election Day without showing any form of identification. Check Out what Texas Did & Ask AZ to do the Same & More!
Texas enacted its original photo voter ID law in 2011. The law was considered “strict” because it specified a narrow range of accepted documents—all of which were issued by the federal or state government and verified citizenship. That made the law a backend safeguard to keep ineligible noncitizens incorrectly added to voter rolls from voting in-person in Texas elections.
The law was challenged in court by Democrats and left-wing organizations but ultimately upheld after the legislature added a provision to the law in 2017 that lets voters without an accepted form of ID vote a regular ballot if they sign an affidavit and show other identification. In 2013, Texas lawmakers passed legislation authorizing the Texas Secretary of State to compare voter rolls with DPS data to identify possible ineligible noncitizens on the state’s voter rolls.
Let’s face some Facts None of US Like, at present it appears the SWAMP in DC has Tenacles Extending into Every State in the Union and many so Called Republicans are now insisting the President call it a Day, well I hope Our President Keeps Fighting, as he’s Fighting for All of US and those lining up against Him are actually trying to put a Nail in Our Political Coffins and the Future of Our Republic, so keep President Trump in Your Prayers while he Battles the SWAMP DWELLERS for US.
It’s time for a Real Change in the US & AZ Governments and only We the People can make this happen for as of now those in Office have proven not to be up to the Task of Protecting our Ballot Box from the One Real Enemy we all Share and that’s Voter Fraud, lend us a hand in getting this Fixed, we must All Demand this Early Voting Tool used by both sides comes to and End Now.
View Video: https://www.youtube.com/watch?v=ZoHjMPA-KFU
God Bless You All; Clair Van Steenwyk

Patriots Time to Come to the Aid of USA!