We’re being Invaded by Illegal Immigrants! 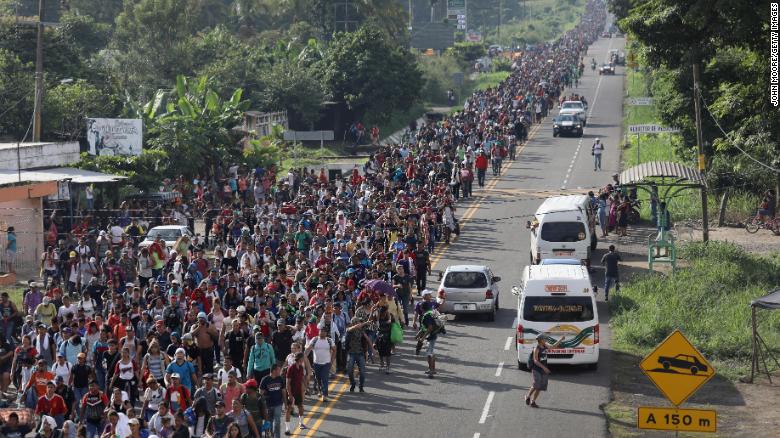 They Burn Our Flag & say they Demand to Enter the USA! 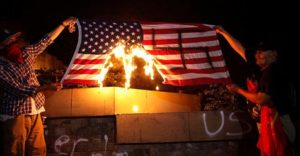 Our Flag was being burned by the Illegal Immigrants on their way into the US, and by the way not being stopped by any of our so called Southern Allies especially Mexico with the New Trade Deal.
If Our Government doesn’t Repel this Invasion then we need to form a New Government that will, as the one we have is aiding the Invasion, that’s right Invasion is what President Dwight D. Eisenhower called it back in the 50’s, as he stated; When you don’t know who’s in your country it’s called and Invasion, and Deported over 3 Million Illegal Immigrant Invaders.
I do believe if we would begin to Deport All Illegal Immigrants within Our Borders no matter whether they overstayed or entered Illegally we’d then be able to put a Stop to this, but if we don’t do what we’re legally allowed to do then the End is Nearer than many would like to believe.
I hope you’ll all contact your Federal & State Officials and let them know if they don’t follow thru with Enforcing and Securing Our Borders their Time in Office is Limited, as those now running still Need Your VOTE.
God Bless You All; Clair Van Steenwyk
Share on FacebookShare on Twitter
AZ Enabling ActAZ GOPAZ LandsAZ PoliticsClose Dept. of EDDeport IllegalsEarly VotingEnd the FedFBIFreedomGOP Legal StatusIllegal InvasionIllegal MobImmigration BanImpeach CongressIndependent VotersLand RestorationLibertyMexico EnemyNo AmnestyNo Common CoreNo IncumbentsNo Legal StatusPRO LIFERepel IllegalsTerm LimitsTrumpUS ConstitutionVanVote